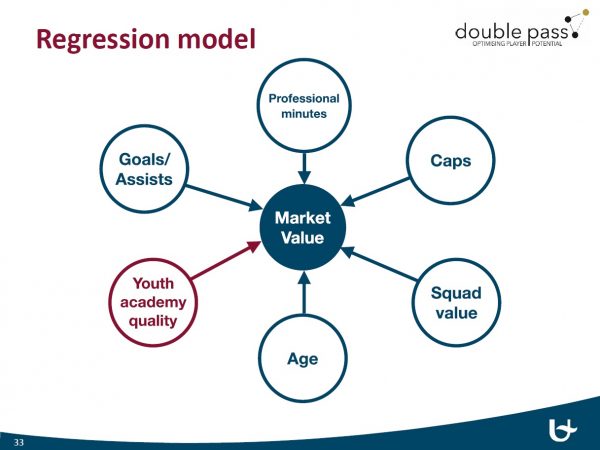 The aim of the Thesis, which was in collaboration with doublepass, was to provide evidence that the quality of youth development has an impact on a player’s future career, measured by the market value.

In order to accomplish the Thesis, data was collected from 189 former youth players from 13 professional football academies in Europe. A sample of 94 observations were retained. The data on the quality of youth training was provided by double pass (total scores of the club on quality assessments), all other data were collected via Transfermarket.nl.

A multiple regression analysis was performed to estimate the impact of the quality of the youth academy together with other factors on a player’s market value: 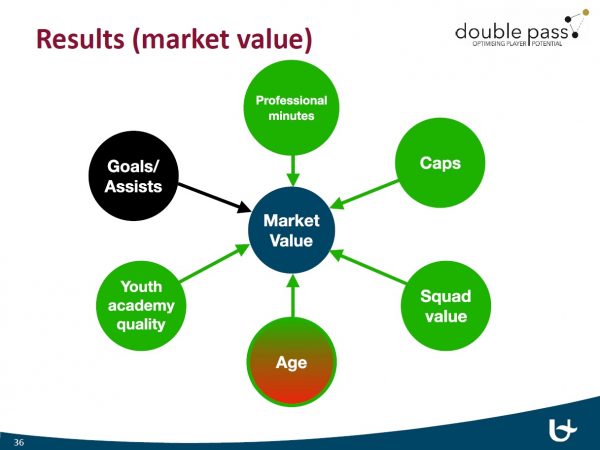 A relatively small annual investment cost may result in high revenues, in terms of higher transfer fees received. An investment in the youth academy is not only an investment for the club itself, but also in the future of the player.This pilot research will be taken further to raise the research impact. A long-term study and addition of more performance indicators will strengthen the research. 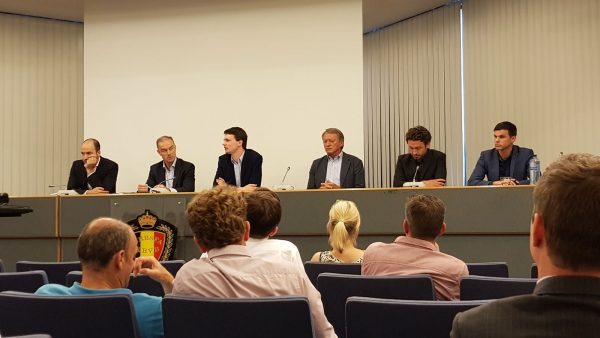 “We had a fruitful collaboration with the University of Antwerp and in particular with Jasper Bosmans, Matteo Balliauw and Thomas Verlinden. We look forward to working closely together on similar research projects in the future,” stated David Pauwels from double pass. More information about the thesis and the presentation given at the colloquium can be found here.