U.S. Soccer: one of the most successful of our worldwide projects 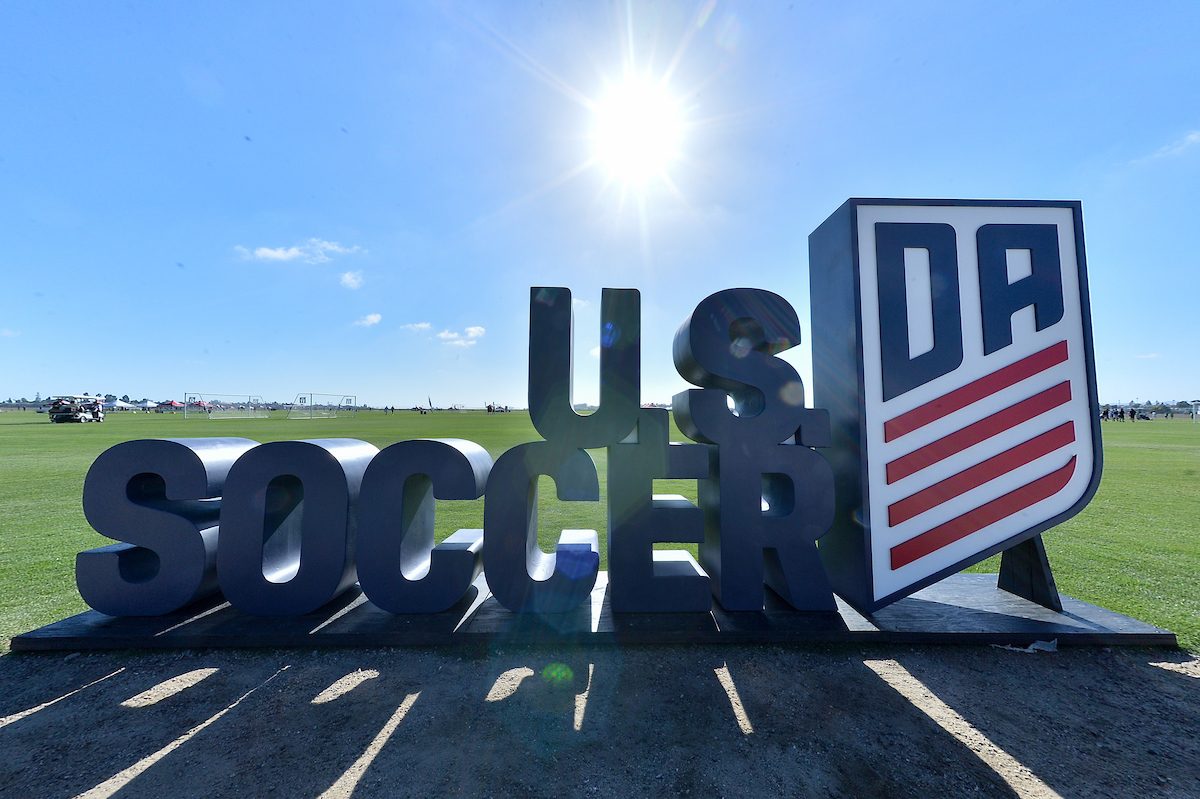 In 2015 Double Pass has launched its ambitious project with U.S. Soccer to provide assessments and club support to their Development Academies, Youth National Teams (Men and Women) and professional clubs. This project fits into the mission of U.S. Soccer Federation to make soccer the preeminent sport in the United States, by creating environments where world-class players can successfully be developed in World Cups and World Championships.

The clubs were approached the first time in seasons 2015-2016 and 2016-2017 for an assessment (75 DA’s in total). From 2017-2018 co-creation visits took place to support the clubs in-depth on their action points. The project is currently in its second cycle of assessments and co-creation visits, where currently 40 full Development Academy clubs will be revisited in 2019-2020 for a second assessment. Professional and amateur DA’s were assessed in both the first cycle and the second cycle. Whereas the process of the first and second cycle of assessments is similar, for the second cycle the clubs must meet so called ‘Minimum Requirements’ in order to track progress. Between both cycles, a “Evaluation Task Force Committee”, which has members from various institutions such as MLS, U.S. Soccer, Double Pass and amateur clubs, was installed to discuss and customise the standards and based on these conversations amendments were made.

In August, a three-day training took place with the aim of preparing the USA assessment team for the next season. During these sessions the team was trained for their role as an assessor or project manager for this project. Our Product Manager, Tim Van Rompay, who is an expert in data analysis also trained the assessors in a workshop about the new Tag-it solution.

The visits of the clubs require a thorough preparation. This involves an extensive pre-visit documentation check via the online platform. Clubs have uploaded their documentation about processes and practices in various topics, ranging from club Strategy to Team and Individual Player Development.

Once on-site, the teams of two assessors spend time interviewing members of staff and players, observing practices and games, collecting information and immersing themselves in the club experience. Through this dual-approach, they not only gain both theoretical and practical experience of the day-to-day workings of the club, but it also allows a standard, objective delivery. At the same time, every club has varying staff, facilities, approaches to Youth Development, challenges and needs, which makes every single visit completely different and unique.

The outcome of our assessments are presented to the clubs in a formal report, which contains findings, recommendations and statistical data obtained during these assessments. Once all the reports are finalised, a face-to-face post-assessment meeting with each club takes place. The meetings for the clubs visited in 2019 will be held on the 15th , 16th and 17th of January 2020 in Baltimore. During these meetings the clubs have a chance to engage in detailed discussion with the assessors regarding how the report was constructed, what the reasons behind certain findings/recommendations are and any other elements that needs further clarification.

By means of inspiring, stimulating and supporting DA Clubs regarding the optimisation of their talent development system and process, we hope the mission of U.S. Soccer comes to live!