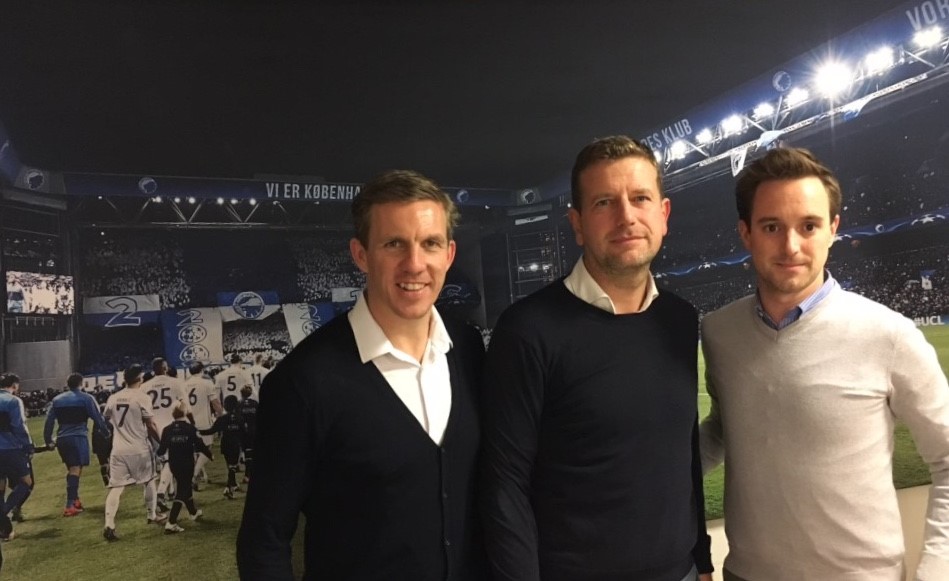 In November, Double Pass conducted a 3-day co-creation assignment at FC Kopenhagen to carry out a full scan analysis of their academy that will be benchmarked against the Elite European academies in the different dimensions of the Double Pass model.

Our Project Manager Denmark and Senior Football Consultant Ricky Martin together with our Health & Performance Manager Steven Probst started with a 2 hours’ post scan presentation for the entire staff of the academy. In this session, they first went through the scan report,explained all dimensions and discussed the strengths and main action points of the FCK academy. After showing the European benchmark in terms of processes –resources ratio, the staff members were divided into 3 different groups to outline the priorities for their academy for the upcoming season(s). This marked the start of an excellent group discussion after which an action plan and key action points were defined to help the academy obtain its objectives.

This visit focused on individual development in all its facets and on Health & Performance. As it became clear during the scan that FCK scores very high on individual development, our consultants focused on the individual player profile, a kind of football cv which playerscan take along during their journey in the academy and hand over to the coaches when moving up to the next age group. That profile can be used to define individual action plans, make sure that players take ownership of their development and that progression can be monitored and evaluated continuously.

Within Health & Performance we first focused on the development of a Health & Performance philosophy and creating the connection between the Health & Performance and coaching staff.  Secondly, we developed a framework and shared ideas to develop a physical & mental curriculum over the different age groups. The Academy Director wanted all staff members to be involved in all sessions, and when looking back, we must admit that this choice was key to create the atmosphere in which everyone was so eager to learn and was open for new ideas. Sometimes it was stormy with heavy discussions, everyone being challenged and arguments going back and forth. But we are sure that this high-quality staff formed a foundation for the further development of their academy.

Sune Smith-Nielsen, Mananger of the F.C. Københavns talent division said ”Working with Double Pass is very challenging, their consultants always come up with new ideas, questions, knowledge and deliver all these in an innovative way”.

Double Pass’ cooperation with the DanishFootball League (Divisionsforeningen) goes back to the summer of 2015 when we were assigned to assess and support their talent development system. The assessments of the Danish professional clubs were twofold. The first wave of assessments took place from March until June 2016 (15 A license clubs). The second wave took place from September 2016 until June 2017 (14 B/T license clubs). Subsequently, Double Pass supported the 15 A license professional clubs during the ‘Master Class Academy Management’, including 7 workshops, an internship and an examination, ran from September 2016 until May 2017.

After being involved in the Double Pass masterclass of 2016 and in the first co-creation cycle last season, FCK decided to customise their next co-creation track. They decided to start the 2018-2019 season with a full scan analysis of their academy, which was going to be benchmarked against the Elite European academies in the different dimensions of the Double Pass model. Furthermore, they saw this scan as a “situation as is” snapshot of their academy to be used to define the most appropriate co-creation pathway for the rest of the season.

If you want more information about our co-creation services, you can reach out to: