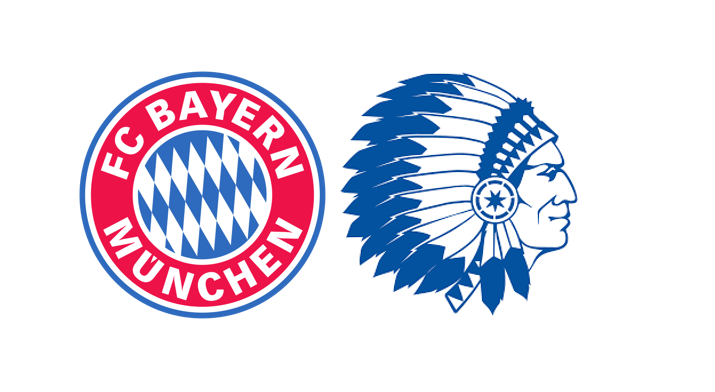 FC Bayern München and its first team coach Carlo Ancelotti end their cooperation. Based on the last results, the ‘Recordmeister’ fired its coach who was active in the club since the football season 2016-2017.

Hein Vanhaezebrouck and KAA Gent both went separate ways after three years of successful cooperation. Together with the Belgian coach, the club won the first title in its 115 years of existence, played 1/16 finals in the Champions League and 1/8 finals in Europe League.

The quest for a new first team coach starts. Who should these clubs be looking for?

“David Moyes was the chosen one, Jose Mourinho was the special one. But owners and chairman in my opinion should just be looking for the right one.” – PSD Sport

What should these clubs take into account in their search for success?

According to an interview between the president of KAA Gent Ivan De Witte and the Belgian newspaper Het Nieuwsblad, it is clear which new first team coach they are looking for.

“We want to appoint our new first team coach as soon as possible. The faster, the better. But we don’t need to hurry up. It must be the right choice.”

“We have a specific profile in mind. Our coach must bring attractive football. This doesn’t only mean ball possession. Due to our style of play, we have sold so many season tickets and we have created the goodwill of our fans and analists.”

“Further we want a first team coach who has a clear concept and who can let his players execute that concept. He needs a strong personality. We have a heterogeneous team, with many nationalities.”

If this analysis and answers to the above key questions leads to success. How can the club identify the above criteria within one person?

For many this seems to be the one million dollar question. However there are some methodologies which could support the search and decision making process.

What are possible methodologies to select the next successful first team coach and what is the predictive validity, i.e. the success rate, of each methodology?

Let us take a look what science says: 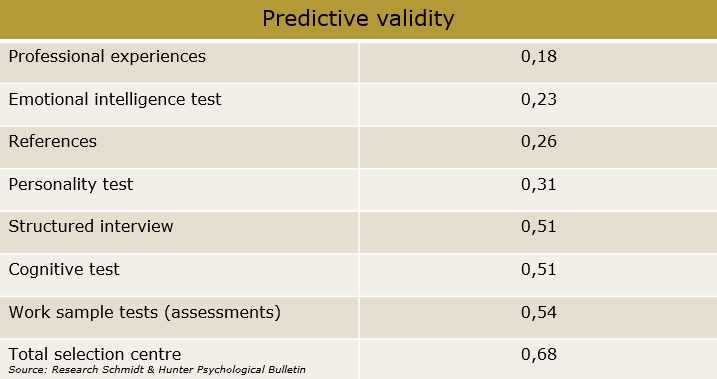 Example: Imagine a line with starting point 0 and ending point 1. If we then would only overview the coaches resume with his professional experiences, the dot would already stop at 0,18 out of 1,00. This is to compare with 18% out of 100%. Are you going to take the responsibility to leave 0,82 to good luck and coincidence?

Let us throw you a challenge. You are the Sports Director of FC Bayern München, KAA Gent or any other professional club. How would you proceed to find the next successful coach for your club?