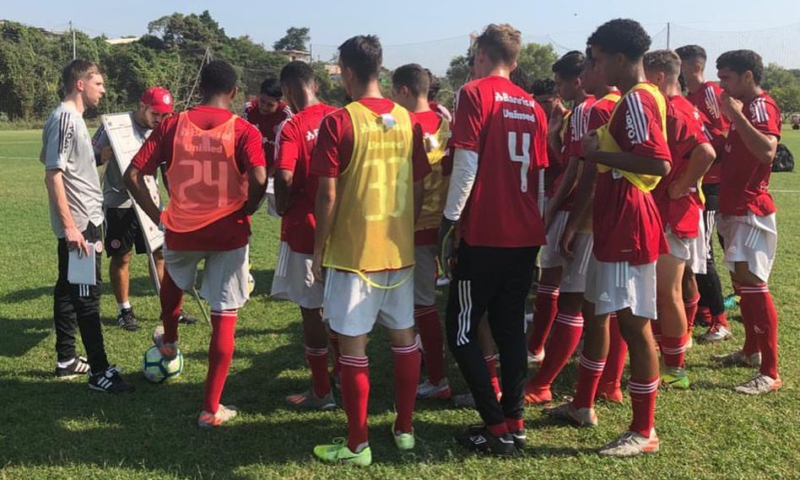 The development of a football player depends on various aspects of individual, team and social development. To make it happens cohesively, it is important to have a support from companies specialised in the area. The Belgium consultancy company Double Pass is one of them. Double Pass optimizes and create process alongside clubs, leagues and federations all over the world.

The company’s goal is to inspire, encourage and support all football stakeholders, using scientific methodologies that allow optimize the potential of the players, improve their qualities and produce sustainable social and economic capital for clubs and leagues. Benchmark in technical management of youth academies, Double Pass has as one of its pillars, the co-creation methodology explained below in the exclusive interview for DaBase.com.br.

“We work constantly on the same process: understanding of what happens in the country, federations and clubs, when clients, always respecting the local culture. Thereafter, we can educate and offer tools for the management. We don’t enforce anything. Through the co-creation process, we share our knowledge and encourage the client and its team to develop their own philosophy. Joint work on the promotion of the human side of the players.” said Hugo Schoukens, CEO and founder of the company.

Football Director, Hans Elst use the example of the work done alongside Belgian Federation, that started in 2002. Educating coaches and managers, the consultancy pointed out the aspects to be improved and how it could be done. Endorsed by the leaders, the procedures were developed. Nowadays, in addition to a stronger league, the Belgian National Team is harvesting the results, with great international level athletes in the main leagues and a great performance within competitions.

In the country, Double Pass has already worked alongside 4 clubs. Athletico Paranaense, CR Flamengo, SC Internacional and EC Bahia, the last one started this year. Hans made a diagnosis of the youth development work done in Brazil and highlighted that adopting a structured methodology is mandatory to avoid losing talents.

“When we analyse Brazil, we realize there are plenty of human resources available. Funny thing is, in Europe we say that children don’t play anymore in the streets, don’t create new technical skills whilst Brazilians do. However, here in Brazil, we heard the same, that it was better in the past. The point is that clubs and federations adopt the organic way, which is the ‘let it happens’ without a well-defined process. Creating these processes, Brazil can be even stronger” he said.

“An internal idea of talents must be created and organize the scouting and then implement the best structures for the athlete’s development, focusing on quality instead of quantity. There are clubs with 125 young players in their academies, an exceedingly high number. Normally teams worked with about 20 players by age group, but here in Brazil, there are squads with 55. It is necessary that the club identify talent, its profile and provide the best structure getting a much better result”, he added.

Hugo added yet that it is fundamental to create a database with observations and analysis of the athletes. “Clubs must have data about 16, 17 years old players, information about their performance, scouting analysis. In this way, we avoid clubs to have 55 players in the squad and allow them to build a development environment within the club.”, he added. 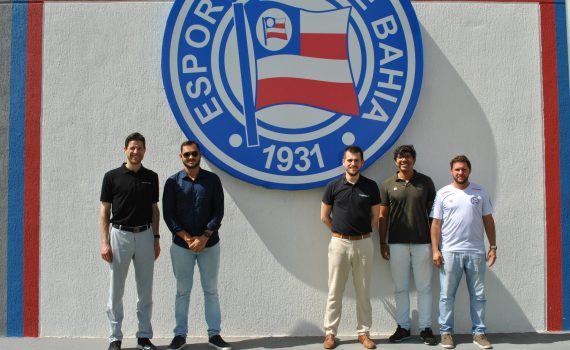 At the final stage of the development, structural processes are mandatory for a better outcome of the athletes and their optimal potential in the first team. But for the efficiency of it, the process starts at the lower age groups, developing a philosophy that works for the whole academy of the club or the federation, as Hans explained.

“The transition is like developing the athlete pathway by age group. It starts with the connection; departments should be connected. For example, all age group teams should play the same style of play otherwise players will have to adapt to a new philosophy when reach the first team, where there is not too many time for it. Sometimes the players are not ready to go to the next level, then we must create goals, define playing time and afterwards observe the ROI. In addition to this, players are not only numbers. They must have fun, they are human beings, which is also our focus.”, he said.

“It is necessary to give opportunities, detect players` maturity, identify the right moment. Every two or three months we assess them, analyse performance, if the is attending school. Only few of them become professionals, so we encourage them for their social development.” Hugo added.

To perform these procedures, Double Pass needs the engagement of coaches, coordinators and managers. Managers, however, can be a problem in Brazil. In a country where politics interfere with clubs and federations, maintaining long-term work is impossible. Director of Double Pass in Latin America, the Brazilian Alexandre Dias explains that this is a key success factor in the work.

“It is important to say that success happens in the medium and long-term. We do not make changes; we provide tools and information for managers and the professionals to do so. In Brazil, we do not work with clubs because of their size, but because of their mentality. Often, the coaches are engaged, but the managers do not buy the idea.”, he said.

The directors of the consultancy praised the management of EC Bahia, which, even with elections for positions, has a professional administration in which the president dedicates himself exclusively to the position.

“In countries that have a political culture, there is a technical director with autonomy. When there is political and non-professional management, conflict occurs, with long-term difficulties. If you do not win this year, you will not keep the job. In Europe, changes do not create instability. When they change the strategy, they do it in the long term.” said Shockens.

“When we compare it with Brazilian ecosystem, the difference is that the federations of these European countries are also engaged, not just a club president. He can decide on his team, but it must be reflected into the federation, into the league. Thus, we take steps for the entire system, not just a club. In the end, we have better leagues and a stronger set of teams.” detected Alexandre. 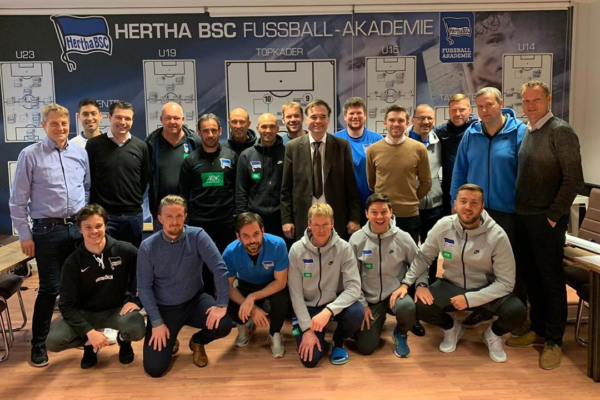 Double Pass team leaves a final message for Brazilian managers and coaches. They say that speaking English, the search for knowledge and the focus on athletes are the key points for successful talent development.

“We want to say that they continue to learn, looking abroad, and mainly learning English. I spoke with Odair Hellmann when we worked with Internacional and he was frustrated that he was unable to communicate directly with us. In Europe, we have several Brazilian players, but not coaches, as many do not speak English. In addition, looking through different perspectives, with a focus on individuals, on player development. Don’t think about playing three games a week and winning titles.” said Hans.

“English is fundamental in the international context. If you want to study in Europe, you will have to know the language, because here it is only taught in this way. If you want to be a better coach, that’s the main point.”, added Hugo.

This article previously appeared on Dabase.com. Read the original article.