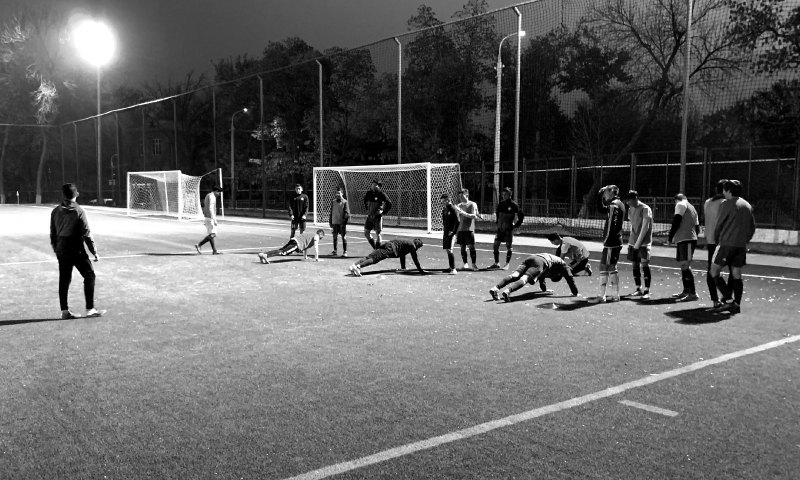 Double Pass evaluated and provided support to some eighty Development Academies (DA) affiliated with the United States Soccer Federation (USSF) between 2015 and 2020. Together, they ran through two cycles in which the talent development programmes of both professional and amateur clubs were meticulously scrutinized. All MLS clubs participated in the project, as well as a number of Academies without a first team. Co-creation took place in between the two cycles: based on an extensive report, Double Pass helped the various clubs tackle the aspects they wanted to improve. The results obtained after the second cycle are considerable.

Club assessment for strategy and organization, from soccer philosophy  to talent identification

Cycle 1 took place between 2015 and 2017. International assessors visited the clubs to audit them in various fields: 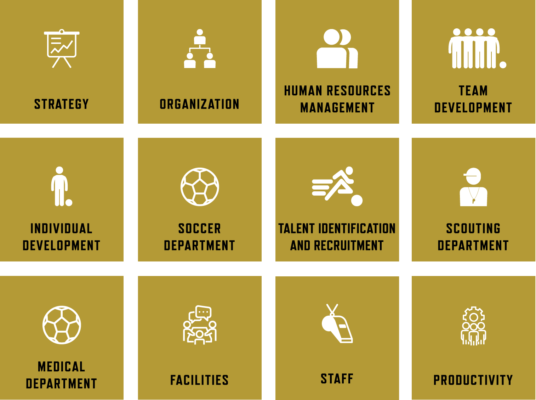 The final score expresses the strength of each club in terms of talent development. How is the inflow, throughflow and outflow of players? How good is the club at training its players and bringing the best talents to the highest level? With the 2026 World Championships on the horizon, this was a very important part of our cooperation.

Co-creation: audit report and consultancy as a catalyst for growth

After completing the first cycle, Double Pass obtained clear insight into the level of the various American DAs. This information could then be used as a baseline for determining further goals and benchmarks. This was, in fact, what happened in the intermediate phase: based on a comprehensive report and through co-creation, the clubs were given in-depth co-creation and education to raise their level and achieve predetermined standards and KPIs. This phase also saw a strong focus on the philosophy of the club, which was translated into its strategy, the style of play and game principles as the basis of its curriculum.

What were the results after cycle 2?

The comprehensive audit report provided a strong foundation on which to build in cycle 2, which took place from 2017 to 2020. The results of three years of hard work could definitely be felt. Generally speaking, the cycle yielded the following observations:

In terms of football (or soccer, as it’s called in the USA):

In a survey, the clubs indicated that both the assessment in cycle 1, the continued cooperation and the profound analysis in cycle 2 in view of a certification, had a positive impact on the DA.

In which ways could U.S. Soccer still improve?

Optimising a club’s talent development system takes time. And we cannot deny that America is big – very big. Although the results were, generally speaking, good after collaboration with Double Pass, a lot of potential can still be identified for the years to come. Translating long-term goals into short-term goals and implementing a system to track those goals will be an important part of this. This applies equally to the soccer department and at management level. Often, the decision-making process is also still too informal and needs to be made official.

Other points for improvement include a smoother transition of players to the first division based on player potential, without waiting until the need for these players is greatest. There is also a lot of potential for growth in terms of the players’ individual development, as well as for specialised staff, such as mental, technical and physical coaches.

Also, not every club has enough space to expand its facilities and infrastructure. Defining and sticking to the set of tasks allocated to specific positions also proved to be a challenge.

The impact of Double Pass on the national team

A six-year partnership is no small thing, but it is not enough to fully optimise the talent development system. In Belgium, Double Pass has been working for 15 years on improving the quality of youth development. In Germany, Double Pass has had 12 years to put its shoulder to the talent development system. And that is obviously what we want to achieve for U.S. Soccer as well. Clearly, our work is not finished yet. But the foundation has been laid. The partnership was a significant investment for the U.S. Soccer Federation. To be continued?